on November 30, 2013
I went Black Friday shopping, not for the deals but more for the experience. Over the last years, it has become one of those thing that you just have to do. Typically, I would sit behind my computer and order a bunch of things because lets face it, around this time it is very cold and windy in Virginia. Being mentally prepared to brave the 30-degree cold is key!

Stores were open on Thanksgiving Day by 6pm and like any good Black Friday shoppers that is when we started. Given that it was my very first experience, we (me + family) decided to go the premium outlets in Leesburg. I was not ready for the hustle and bustle of places like Walmart. Better safe than sorry, right?!

When we got to the outlets, the parking lot was starting to fill up and people were already lining up at 5:30 for stores set to open at 8…must have been some real deals. The shortest line was at Juicy Couture where they were so coincidentally having a sale on their basic tracksuits. could not resist, I mean $50 for a set! In that line I met this lady and her 9th grader daughter who have been doing this since she was in 3rd grade. it’s their tradition and I have to say it’s a pretty good one, especially when she can bond with her daughter without breaking the bank. After I got my tracksuit from Juicy, we banded together with them and went to other store like J Crew, GAP, Old Navy etc. By the time we got to Old Navy, they had a line inside that went around the store. It was a sign for us to go home, or to another mall.

We then left the outlet, as we were leaving, there were lines outside of every store. most remarkable were the lines outside of Coach, Kate Spade and Michael Kors were as long as a New York City block. It also didn’t help that they were all across from each other. Imagine that mess.

Afterwards we ended up at Best Buy for about 3 hours.Never again. They had great prices don’t get me wrong there but for some of the items, I had seen lower prices. By the time we got there they had been open for a couple of hours and the employees were already looking tired from people harassing them for help. I was lucky enough to come at the right time, right after the door busters were sold out, an employee found me the last door buster on something I have been saving up for (p.s. It was on my wish list). Ended up meeting friends there which made the trip that long because we helped each other buy things we didn’t really need because they were at a goo price. 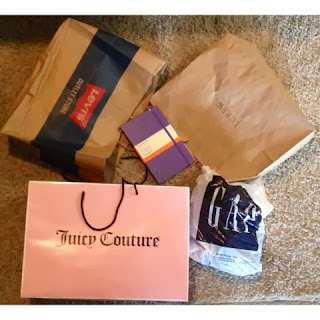 At the end of the night, I was happy with the deals I got for things that I needed. I mean wanted. But honestly, after having done Black Friday, I would rather stay behind my computer, in my warm and cozy pajamas with a nice cup of hot cocoa doing some online shopping. The whole going out and “catching” a deal thing is just not for me.

What did you get on Black Friday, if anything???
sale shopping washington DC Youtube